Missed me? Yeah, ya did, just a little.… 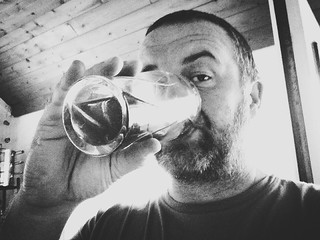 It’s been an interesting month for yours truly. Where to begin….

I could tell you of the fiasco of moving, where utility providers cancel the order you placed, without telling you, repeatedly such that you are disconnected from the wonders of the interweb, fighting to run your web based tutoring business from the car, driving around your new neighbourhood in search of a “hotspot”, or at the very least a slightly tepid one.

Or of property managing agents that seemingly do anything other than that, such that when you turn up at your new HQ, it’s not been cleaned, the flooring hasn’t been done, furniture has been left and the lighting is hanging from the ceiling in the kitchen, along with the light bulbs blown. I won’t repeat the language I used with their many departments, when they told me it was my responsibilty to replace them….

Or I could regale you tales of battle, which have been waged with a rodent infestation, discovered when one of the rats was casually having a mooch in the kitchen sink.

They say in London, you’re never too far from one, for us, they’re above the kitchen, in the roof of the extension. At least, they were. Holes have been plugged up, duct tape has been applied to every possible escape route and traps laid. 3 caught so far, for the others, it’s only a matter of time….

Suffice to say that the one job I ask of the f**king cat, he has categorically failed in his duty to do. And to think I shipped the little bastard from Canada. That’s gratitude for you.

Or I could tell you of the strange evening I spent unknowingly with a high priestess witch, in a pub, whereby, just as I was about to call it a night, she told me of her history and of my natural powers, that she “saw” when she first witnessed me at work. Still you get days like that I suppose….

I felt like Harry Potter, just with a few grey hairs as opposed to a scar on the forehead….

Other than that, it’s good to be back where it all began. Riding the bike around the old place is bringing back memories, with new ones waiting to be made. JB Jnr has plans to film us riding around the park later today, I’ll keep you posted when he pops it up on his You Toob channel.